Technology makes life easier, faster, and better … most of the time. The convenience of having the world at your fingertips can have a dark side. Oddly enough, that dark side only comes to fruition in bright blue light. Some of today’s most popular electronic devices like televisions and smartphones are the most common emitters of blue light. You’ll be able to make better decisions about how and when you use technology by understanding how blue light affects you.

A night or two of poor sleep isn’t unusual, but, in general, you should try for at least seven hours. Yet, in a recent worldwide survey sponsored by Cigna, only 36 percent of 14,467 respondents reported getting enough sleep. That’s down from 39 percent in 2017. The problem isn’t much better when only focused on the United States. According to a 2014 study done by the Centers for Disease Control and Prevention, 28 to 44 percent of adults in the U.S. get less than seven hours of sleep.

Anything less than seven hours and you’ve entered some state of sleep deprivation. The less sleep you get, the more intense the changes in your body and behavior. At 6.5 hours, you may only notice a slight difference in appetite. Or, your thinking may feel muddled or sluggish as the brain starts to slow the rate at which it sends signals.

While all sleep loss doesn’t start with blue light, it’s brought a new component into the growing struggle for sleep. One that you can control.

What is Blue Light?

First, let’s clarify. Blue light itself is not new. As long as blue skies have covered the earth, there’s been blue light. The light from the sun passes through the atmosphere before it hits Earth’s surface. The atmosphere has tiny particles that absorb, release, and reflect light. Different colors of light travel in different wavelengths. Blue travels in short, fast wavelengths. Short wavelengths are absorbed and scattered more than the long, slow wavelengths of colors like red or orange.

It’s like shredding carrots rather than leaving them in large chunks before adding them to a salad. You see more shredded carrots because they’ve been broken into smaller pieces and spread more evenly than the rest of the ingredients. Blue light works the same way. The other colors are still there. But when you look at the sky, you see blue because it gets quickly absorbed and scattered.

Unless you live in the dark or an area of the world that doesn’t get much sun, you can’t avoid blue light. It’s a natural part of life on Earth, and the human body uses it to its full advantage.

Our natural source of blue light—the sun—follows a predictable 24-hour cycle. It’s so predictable that your body uses blue light to sync its circadian rhythms. Circadian rhythms control many bodily functions that repeat in a consistent daily pattern. Your eyes are adapted to absorb and use light to keep the body running according to Earth’s day/night pattern.

Your eye is full of cone-like photoreceptors that absorb light and send signals to the brain. That’s how you see, detect color and movement, and, as it turns out, one of the ways the body times its sleep cycle. There’s a special kind of photoreceptor called a ganglion cell that specifically absorbs blue light. It then sends signals directly to the circadian region of the brain.

This part of the brain then suppresses melatonin, an essential sleep hormone. Blue light tends to have its most potent effect in the morning and early afternoon when the sun’s rays are the most direct. That’s also when you are, or at least should be, awake and alert.

As sunlight begins to fade, so too does the amount of blue light absorbed by the eyes. With less blue light, sleep hormones enter the bloodstream in higher amounts. Finally, they’re out in full force once it’s completely dark.

In our modern world, the sun isn’t the only source of blue light. Your laptop, phone, and television can all emit blue light that’s similar in wavelength to sunlight. However, your body doesn’t distinguish between the two.

The blue light from these devices gets absorbed by the eyes and stops sleep hormones. If you’re working on those devices during daylight hours, that’s not a problem.

But your sleep cycle could be delayed if you watch television or scroll through social media until it’s time for bed. Instead of feeling tired at 10 or 11 PM, the lack of sleep hormones keeps you going strong until the early morning. Those devices of convenience work against your health and wellbeing, the very things they’re supposed to support.

Electronic devices aren’t the only artificial sources of blue light. High-efficiency (HE) light bulbs may save you money, but they could be costing you sleep. HE light bulbs, including LEDs, also emit bright blue light. You can imagine the effects on your sleep cycle if the lamp on your nightstand has a HE bulb.

Don’t fret; there’s hope. The latest addition to the lighting family is “sleep-friendly” HE bulbs. These bulbs have the efficiency of their predecessors but emit light on a different spectrum, so they don’t disrupt the sleep cycle.

It’s not all blue light’s fault. Blue light has such a powerful effect on the timing of your sleep cycle because of the ganglion cells. Their direct connection to the circadian region of the brain amplifies the effects of blue light.

However, all light can influence your ability to sleep. Your eye is full of photoreceptors that absorb a broad spectrum of light. While not all of them send signals directly to the circadian region, they do play a part in the timing of your sleep cycle. A 2022 study found that excessive bright light over a long time period can suppress melatonin no matter the color.

Yes, watch out for blue light. But also take note of spending your evening hours in overly bright environments. Excessive light in any color could keep you from falling asleep.

Technology isn’t going anywhere; it’s an integral part of your life. But there’s a hidden cost to convenience. You can make better choices about how you use technology as you come to understand blue light’s effects on the body. And, you’ve got a lot of options.

Avoid Blue Light in the Evening

Avoiding any kind of electronic devices or HE bulbs is the simplest solution, though it may not be the most practical. If you choose this route, you can get rid of the effects of blue light by stopping your exposure two to three hours before bed. That gives the brain enough time to respond to lower light levels and begin the release of melatonin.

Once sunlight starts to fade, it’s time to start dimming the lights inside too. Dimmer switches, window treatments, and simply turning extra lights off can help your body stay in time with its natural rhythms. Of course, there will be times of the year when it gets dark in the late afternoon. If that’s the case, wait until evening before lowering the indoor light levels.

What do you do if you have to work late? Or if you shudder at the thought of not watching your favorite TV show before bed? Again, there are options. Some devices have a “night mode” that allows you to change the spectrum of the screen’s light. PCs and laptops may have a “night light” that both dims and shifts the screen’s light spectrum.

Apple has created a “night shift” mode on many iPhones, iPads, and Macs that acts as a blue light filter. How you turn on this mode varies from model to model, but most of the time you can make the adjustment in the “settings” or “display” menu. You can manually make the change or set it to change automatically on a daily basis.

If your devices don’t have any of these features, you can manually reduce the screen’s brightness. It will still give off blue light, but you’ll decrease your overall light exposure.

The advancement of technology started the problem, and in some cases, technology can help.  Blue light glasses, for example, filter blue light. They’re used to reduce eyestrain but also lower blue light exposure. A pair of blue light sleep glasses might be perfect if you absolutely must use your devices before bed.

There are also blue light filtering contact lenses if you want a set-it-and-forget-it fix. The effectiveness of using glasses or contacts to reduce eyestrain may be controversial, but everyone agrees that both of these methods successfully minimize blue light exposure.

Move Devices Out of the Bedroom

Do you check work emails or scroll through Instagram in bed? First, blue light while you’re in bed is never a good idea. Second, the stimulation from the content on these devices interferes with sleep, too, because it keeps your mind moving. The 24/7 access to communication and information can disturb sleep just as much as light exposure.

Moving these devices out of the bedroom reduces nighttime distractions. You aren’t tempted by a late night notification or to keep watching TV if your devices are in another room. Eliminating these temptations reduces blue light exposure and overstimulation before bed.

Manage Natural Light in the Bedroom

Pictures of a light, airy bedroom pervade Pinterest and design magazines. That happy, open feeling makes the bedroom an inviting place during the day. However, sheer curtains allow sunlight, moonlight, and artificial blue light from outside to flood the bedroom.

You can still have the beautiful, bright bedroom of your dreams. However, you’ll also have to consider how to make that same bedroom a sleep oasis come nightfall.

Blackout curtains come in every color and pattern, so you’re not limited by design aesthetics. Heavy drapes and blinds are other options with the same effect. For those who love sheer curtains, try dual layers with a double curtain rod. The sheers diffuse light for that soft morning glow.  But come dusk, the second layer of heavy curtains can block light so your body can stay synced with its circadian rhythms.

Stock Up on the Right Bulbs

Check the light bulbs in every bedroom light fixture. Your reading light, ceiling lights, and floor lamps should have bulbs that support healthy sleep. Be sure to have a stock of incandescent bulbs or sleep-supportive HE bulbs, so your sleep isn’t deterred at the last minute.

Technology is here to stay. Yet our bodies rely on their natural systems to function normally. Blue light has been around as long as the sun has been shining, but how we interact with blue light has changed. Better light management can help your body act on the instincts and rhythms that have kept humans alive for thousands of years.

However, it takes conscious planning to improve your sleep cycle. Personal habits and behaviors can disrupt this most natural of biological functions. With time and consistent effort, managing your technology use will feel instinctual. Better sleep will allow you to stay on top of your work schedule and social calendar with the energy and mental clarity you were always meant to have. 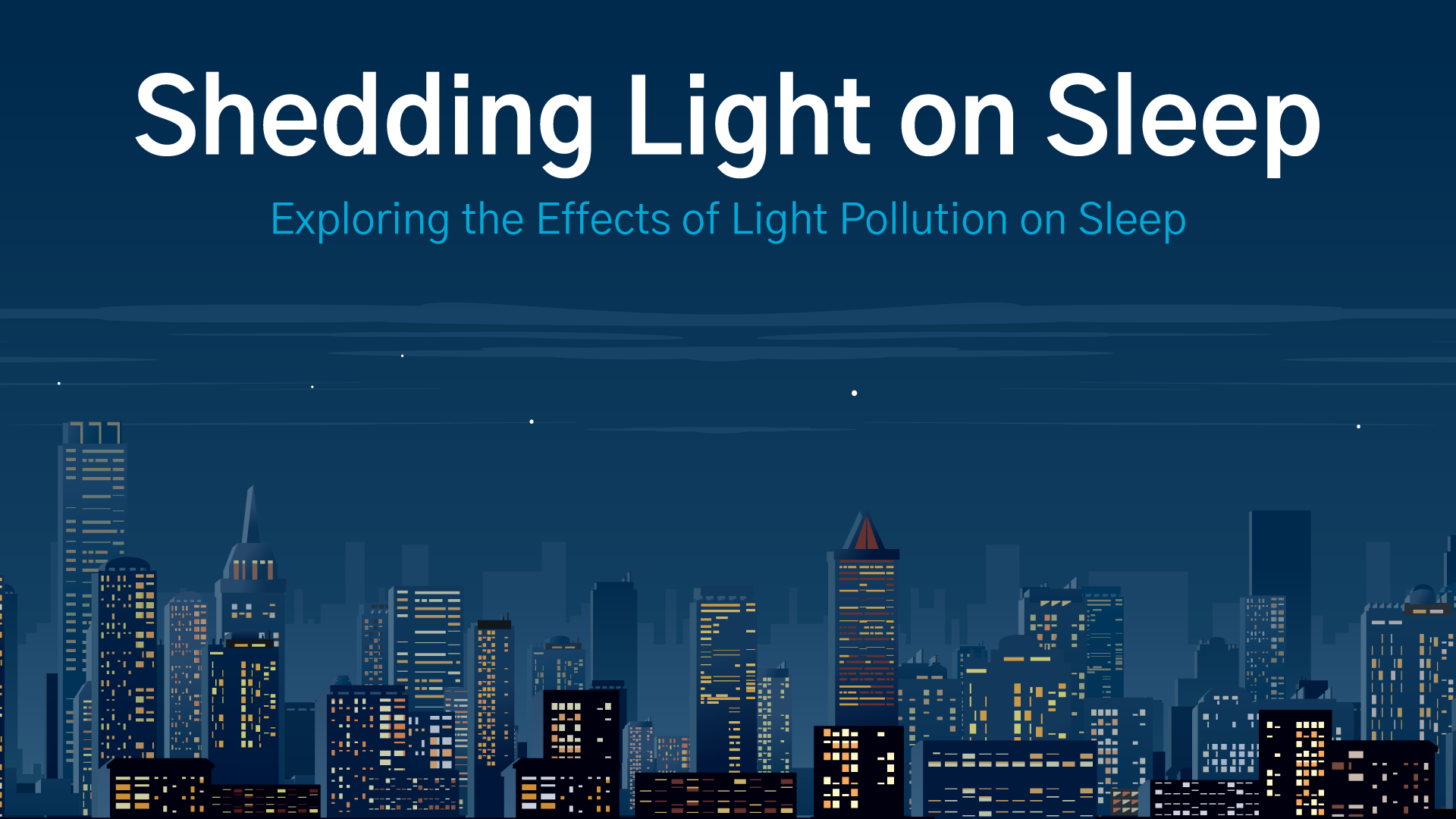