Compare the best mattresses of 2020 all in one place to find your perfect bed.

What Causes Sleepwalking and What To Do About It

Of all the sleeping disorders, sleepwalking is one of the most mystifying to sleep experts. In sleep, our bodies enter a relaxed state were our brains are no longer aware. So, if our bodies are supposed to be in a relaxed state and our minds in shut-down mode, how is walking while sleeping possible? It seems that sleepwalking goes against this law of nature completely.

What’s even more mystifying is a night walker, as they are sometimes referred to as, can have conversations and move through the house, while in an unconscious state. The sleeper is not aware of what is happening around them or to their own bodies.

It won’t come as a surprise that this disorder can be dangerous for the sleeper.

Sleepwalkers are susceptible to being badly injured. They are sometimes known to hurt themselves by walking around their house, wandering outside and into the street. Some have even driven cars over long distances.

Unfortunately, another side effect of night walking is they are not getting any rest. Night walking itself is a sleep disruption. A night walker who has spent their night roaming about their home or neighborhood will be excessively tired when they finally do wake up. This can cause problems in everyday life.

But, tiredness isn’t the only problems that a sleepwalker may encounter. Night walkers can experience problems with personal and social relationships because of their condition. They could interrupt the sleep of other people living with them. Or they could have a rowdy argument with someone while being completely unaware of what they are doing.

There is even the possibility of injury. Night walkers can hurt themselves or even another person. Although, this happens rarely.

Looking to improve your sleep? Check out our other sleep hygiene guides to learn about how to start getting better sleep.

So, what exactly is sleepwalking? In this article, we will be discussing:

Simply put sleepwalking, or somnambulating, is the act of walking and talking while sleeping. But, you’re probably looking for more than a basic definition.

First thing you should know is this is a parasomnia disorder, which means it is an unwanted behavior that occurs during NREM sleep. Specifically, it happens during the transition between the deepest sleep stage of non-rapid eye movement sleep to REM sleep. This makes night walking an arousal disorder. An arousal disorder is when you are caught between consciousness and unconsciousness. In this state, you are awake enough to complete complex behaviors but not conscious enough you remember them.

During this period of NREM sleep, brain waves have become minimal and gray matter has become inactive.

Now, before we continue, let’s go over gray matter. Containing most of the brains neuronal cell bodies, gray matter controls regions of the brain that involve muscle control and the way the brain perceives the body’s senses. In other words, grey matter helps us perceive the way we see, hear, feel, remember memories, and feel emotion. It even influences the way we make decisions.

With minimal brain waves and gray matter, your brain has shut down as much as it can. So, during an episode of night walking, when your body is active, your brain is unable to operate at full capacity. This is the reason why most people cannot remember their nightly ambulations. It’s also why night walkers end up performing such odd behavior, such as eating a whole stick of butter.

Let’s head back to when night walking occurs in our sleep cycle. Night walking happens between the deepest stages of rapid eye movement and REM sleep. Most of the time NREM sleep is in the first third of the night. This is the time when most people do all of their tossing and turning. So, night walking will typically occur after the sleepwalker has been sleeping for 2 or 3 hours. The episode ends when REM comes to an end and enters a full stage of wakefulness. This stage is quickly followed by promptly falling back to sleep.

How to Spot a Sleepwalker 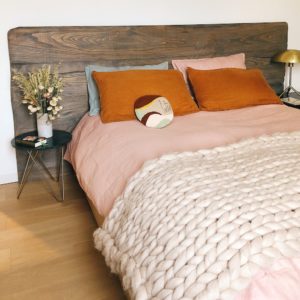 At first, you may not know the night walker is actually asleep. People have had full blown conversations with night walkers before they realized they were asleep. Sometimes you don’t realize the person was asleep until after the night walker comes back to consciousness.

So, what are these signs? How do you know they’re really night walking instead of uncharacteristically eating all the junk food in the house?

Here are some common signs of sleepwalking:

Why Do People Sleepwalk

Now that we understand the science of when sleepwalking happens, let’s get down to the why. There is a wide variety of reasons why someone could sleepwalk. Some are more obvious than others.

One thing to understand about night walking is that it is uncommon. Even though it is very common for children to night walk. They typically grow out of it by the age of 13.

For adults, night walking is typically a sign that something is wrong with our lifestyle or our physiological states. Night walking is a rare disorder that only affects 1 to 15 percent of the general adult population. It’s extremely unusual for someone to walk around in their sleep.

Underneath we will go over the more common reasons for people to sleepwalk.

One reason for the disorder could simply be genetics.

In Psychiatric news, Maurice Ohayon, M.D., D.Sc., professor of psychiatry and behavioral science, said that nearly one-third of people that night walk have at least one other person in their family who also sleepwalks.

An article on Medical Press reaffirms that sleepwalking is genetic. A study on a large family of sleepwalkers traced the condition to a single chromosome. Chromosome 20 to be exact. Simply having one strand of this defective chromosome in your DNA can to the reason for the condition.

Another reason for the condition could be a mental illness. Less than 20 percent of those with a mental affliction do not have problems with a sleeping disorder.

Those with mental afflictions are more susceptible to sleep disorders due to stress. Sleep disorders usually cause more stress and sleep deprivation, which in turn could lead to a nighttime stroll.

As far as we know, there is no specific scientific explanation to why sleep deprivation causes somnambulation. But these common symptoms have a recurring presence in recorded studies, medical professionals are certain that people with sleep deprivation with a medical or mental condition are more susceptible to night walking.

Several different factors can lead to sleepwalking. These next few reasons for night walking are some contributing issues have that can lead someone to walk as they sleep.

Once again, there is no discernible reason for how these issues cause someone to walk in their sleep. All that we have available to us is what issues end up leading to night walking.

A sleeper doesn’t need to have a mental or physical illness and sleep deprivation to cause an unconscious nighttime stroll. In ScienceDaily, it states that lack of sleep can provoke night walking.

Another couple symptoms that lead to night walking: 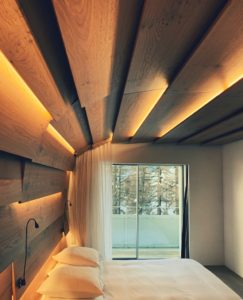 Children experience night walking for the same reasons adults do. Certain medicines, illness, stress, or fatigue can all be the reason or contribute to the problem. And we can’t forget that your child’s habit of sleepwalking could be genetic. If you or your partner have the same night walking tendencies, then there’s a good chance your child is doing the same. Most likely under the command of that 20th chromosome.

Night walking in itself is not harmful. But, night walking may be hazardous for the child.

In their unconscious state, they are unaware of their actions or their own surroundings. Remember that their brain waves aren’t up to par and their gray matter is set to snooze. They’re more likely to fall down, bump into still-standing objects, or wander outside.

Thankfully, night walking in children is usually a common phase that physician’s aren’t worried about. There is no need to treat your child’s night walking unless it becomes excessive.

You should consider treatment under recommendation from a doctor. Especially, if the sleepwalking becomes regular, leaves your child exhausted during the day, or involves dangerous behaviors.

If you are reading because you have someone you care about who has this disorder, then this is your section. There are many different ways that you can keep your night walker safe and hopefully get them back to bed.

One of the most common ways to redirect a sleeper is to simply take them gently by the hand and lead them back to bed. You don’t want to wake a night walker, particularly a child night walker. Coming out of sleep while in arousal causes the sleeper to become confused and disoriented. You could scare them as well.

In this state, there is no predictable way to determine how the waking sleeper will react. Simply returning the sleeper to bed will be the easiest and nicest way to urge the night walker to go back to deep sleep.

If you have someone who wanders, lock all the windows and doors in your home. You may consider placing alarms on all the window and door to alert you if your night walker is leaving the home. You could also place safety gates in front of any stairs you may have.

For children that sleepwalk, removing sharp and breakable objects from their reach would help keep them safe. Also, consider how you can prevent falls. For instance, if the child has a bunk bed, consider replacing the bunk bed with a bed closer to the ground.

Try to remove obstacles from around the house, such as pushing furniture more firmly against the wall. This will hopefully prevent injury and decrease the number of bruises your night sleeper will acquire through their stumbling and bumping.

If you want to try and help your night walker’s body unlearn its bad habit, try learning the general time your night walker starts to roam and wake them beforehand. This will reset your night walkers sleep cycle and allow them to go back into a deep sleep instead of wondering the home aimlessly. Don’t worry, their sleep won’t disrupted. If they’re woken before they head into NREM, the sleeper will be able to fall back to sleep quickly.

When to Seek Treatment

In many instances, improving sleep hygiene will take care of somnambulation. Try a new routine to get ready for bed. Make your sleeping area as comfortable as you can make it. There are times when getting a new mattress will end the arousal disorder.

If improving your sleep hygiene doesn’t work or other problems have come to your attention, it’s most likely time to see a doctor.