What is Sleep Paralysis?

Last Updated on February 7, 2020 By Ashley Doyle Comment on What is Sleep Paralysis?

If you suffer from sleep paralysis, then you’re probably familiar with hearing or seeing things that aren’t there while you sleep, or worse, feeling like you can’t move or run away from your own imagination. Don’t worry—what you’re experiencing lasts no longer than a few minutes, and many others encounter the same phenomenon. Sleep paralysis is often caused by stress or sleep deprivation.

This article discusses what sleep paralysis is, what it feels like to undergo an episode, symptoms leading to a diagnosis, and who is at risk. We will also explore the causes of sleep paralysis and how to prevent the disorder.

What Is Sleep Paralysis?

Sleep paralysis, or sleep atonia, is a term used to describe a parasomnia disorder. The condition is accompanied by temporary paralysis and difficulty breathing, hypnopompic (upon awakening) hallucinations, and feelings of fear.

Interesting Fact: REM sleep is the last stage of sleep—characterized by rapid eye movement and dreaming. The body’s heart rate increases and breathing becomes short and shallow. Brainstem neurons don’t communicate with the body, which reduces body movement, preventing you from acting out your dreams.

All across the world, people experience sleep paralysis and have had wide-ranging theories about its causes and underlying meaning.

Sleep paralysis is experienced differently from person to person; however, its symptoms remain consistent for most people.

During sleep paralysis episodes, you cannot speak or move, as your body is in a state of relaxation but your mind is awake. Waking up before a completed REM cycle can cause you to hyperventilate and hallucinate.

Sleepers can hear haunting sounds such as approaching footsteps or smell odors akin to something decomposing.

If you find yourself in a sleep atonia attack, remember, sleep paralysis is temporary and lasts no more than a few minutes.

About 8% of the population experiences sleep paralysis. Most cases appear in teenagers, although it can occur at any age even in those who are healthy. It can run in families. Sleep paralysis is also often triggered by sleep disturbances, psychological distress, or abnormal sleep cycles.

A medical paper discusses how panic disorders and post-traumatic stress disorder (PTSD) increase the risk of sleep paralysis due to higher physiological distress.

In 2006, a research team discovered 20% of anxiety disorder patients experienced sleep paralysis due to stress and sleep deprivation.

In 2008, a study determined sleep paralysis and social anxiety sufferers experienced extreme distress levels, including anxiety, feelings of being observed, and fears of death in non-threatening situations—all of which are sleep paralysis-related symptoms.

Shelley Adler’s book Sleep Paralysis: Night-Mares, Nocebos, and the Mind-Body Connection lists a collection of symptoms. Someone doesn’t need to endure all of these symptoms to have a sleep paralysis episode—only three of them need to occur.

Most people feel consciously awake as they experience sleep paralysis. You are awake and aware of the area around your bed and distinctive elements, such as furniture and others in the room.

Aside from realizing they’re awake, body paralysis is the first element noticed by the affected person. The paralysis stems from the body remaining in REM sleep when brainstem neurons don’t communicate with the body. Body immobility prevents them from acting out their dreams, which keeps them from sustaining injuries in their sleep.

During sleep atonia, sleepers often assume the state of paralysis is due to an outside force, either holding the sleeper down or sitting on them.

People can feel afraid during a sleep paralysis episode. The fear can stem from realizing they are immobile or another symptom of sleep atonia.

Sometimes these feelings are too intense, and people struggle to comprehend them. These feelings of fear may follow individuals into wakefulness and progress into a sense of foreboding connected to sleep.

Some people may sense or see a “presence” in the room with them. If seen, the presence can take the appearance of a shadowy human-like creature standing near the bedside or sitting on top of the sleeper.

Pressure on the chest is a common sensation associated with sleep paralysis. The sensation is due to the body adopting a shallow breathing pattern needed for REM sleep.

Many people report they experience difficulty breathing due to the “presence” in their bedroom sitting on their chest or restricting their airways.

Individuals said they heard the sound of doors opening and closing, animal growls, footsteps, scratching, beeping or buzzing, whisperings of malevolent intent. People can smell dampness, mold, and feel as though they are drifting, rolling, floating, and being moved. Other people report out-of-body experiences.

Get as much sleep as possible. Sleep-deprived individuals have a higher sleep paralysis risk. Putting yourself on a sleep schedule prevents you from staying up too late and ensures you will get 7 to 9 hours of sleep.

Practice good sleep hygiene or sleep habits. Sometimes sleep disturbances are caused by a poor bedtime routine and sleep environment. Other times, you can improve your sleep quality by adding a few relaxing bedtime rituals:

Seek a physician’s help. Sleep paralysis is sometimes linked to other sleep disorders: sleep apnea, narcolepsy, insomnia, or sleep deprivation. If sleep paralysis episodes often occur, see a sleep specialist. If you’re dealing with high levels of anxiety, we suggest speaking with a psychiatrist about your worries.

Some people may experience an episode of sleep paralysis once in their lifetime. One incident isn’t cause for worry. Getting better sleep and practicing good sleep hygiene prevents the sleep disorder from recurring; however, if this condition happens often, a physician can diagnose the underlying cause and get you the treatment you need.

Comment policy: We love comments and appreciate the time that readers spend to share ideas and give feedback. However, all comments are manually moderated and those deemed to be spam or solely promotional will be deleted. 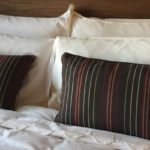 How to Wash Pillows 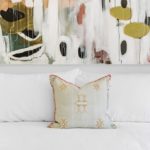 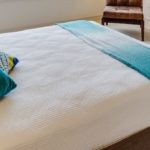 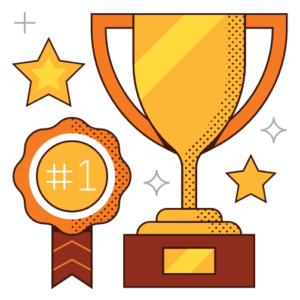 We've spent countless hours finding the best mattresses out there so you don't have to hunt for them.